Best method for 3D scanning all sides of an object with photogrammetry?

I want to use photogrammetry to fully 3D scan a couple of small-ish objects, including cubic stone objects with indentations and inscriptions on the sides, and 3D print them later.

Previously I was using a black turntable with a pattern (like this) and a couple of small wooden cubes that I super-glued into Tetris-shaped objects to help Meshroom (because the sides of the stone object look similar). This produced a decent model but I can’t seem to get it to do the bottom too.

I tried flipping the object over, then taking a ton more photos but Meshroom didn’t use most of them. I also tried creating two meshes (1. regular, 2. flipped over) but stitching them together in MeshLab is a ton of work and you end up with a seam in both the actual model and the texture. I was thinking about buying a portable glass table (or maybe a glass riser?), so I can simply take photos from the bottom but people in this forum said that reflections might be a problem then. The objects can be pretty heavy, so I can’t safely hang them from the ceiling with transparent thread either.

What do you use to create a scan from all sides with Meshroom?

Hi @Nefthys and welcome to the Sketchfab Forum!

I have not tried this process with Meshroom but I frequently capture ‘all sides of an object’ using a turntable and either Metashape or RealityCapture.

The main thing that works for me is to semi-manually delete the background from every photo, replacing it with a pure black colour - I use photoshop but you could use other software.
Original 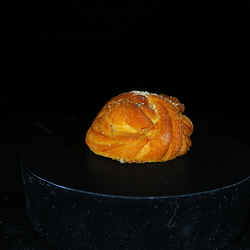 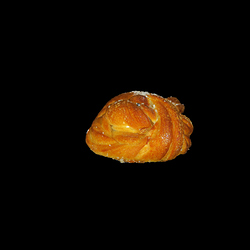 Once I’ve replaced all the backgrounds, I just run the photos as normal through the photogrammetry software which treats everyting as one capture set. 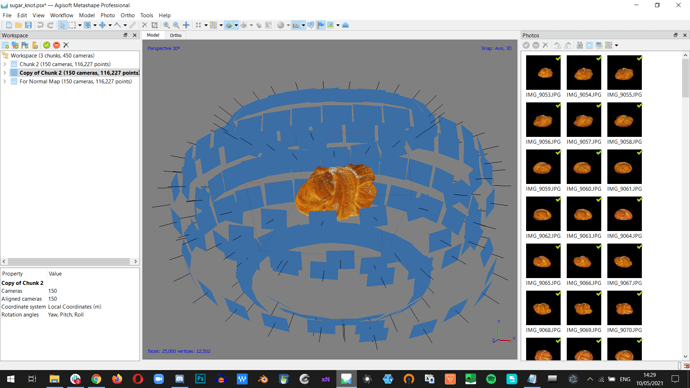 If you get your camera settings just right you might not even need to remove the background - I use black velvet as a background on my DIY home capture stage to minimise background info in each image.

Have you tried the free trial of Metashape or do you prefer to only use Meshroom?

I’ll try and find some time to run this example image set throgh Meshroom and share the results.

@nebulousflynn
Thanks for your reply and the screenshots!
I haven’t tested Metashape or RealityCapture yet because they’re both pretty expensive and demo versions usually don’t let you use more than 50 images (I already tested the Zephyr one). I did watch a tutorial about RealityCapture that shows how to do this with masks and one set of images per side but wasn’t able to find any information about how to do the same thing in Meshroom.

Regarding the background: I’ve never used Photoshop. Is there a way to do this easily with 100+ images or would you recommend using something like a green-cloth on top of the turn table, so I don’t have to edit the images? But you do have to get rid of the background somehow, so having the turntable sit on e.g. a wooden desk won’t work if you want to use all sides, right?
Did you simply flip over the pastry and it still didn’t have problems recognizing it as the same object? As I wrote, with Meshroom I had to add a couple of wooden bricks to make it find the right camera positions.

Is there a way to do this easily with 100+ images or would you recommend using something like a green-cloth on top of the turn table, so I don’t have to edit the images?

I aim for pure black as my background if I am not masking individual images.

But you do have to get rid of the background somehow, so having the turntable sit on e.g. a wooden desk won’t work if you want to use all sides, right?

Did you simply flip over the pastry and it still didn’t have problems recognizing it as the same object?

Yes exactly. I actually captured a few different orientations of the pastry on the turntable e.g. ‘right way up’ , ‘upside down’, ‘left side’, ‘right side’.

I aim for pure black as my background if I am not masking individual images.

Unfortunately I have to go to the objects and can’t just scan them in a fancy room like yours but I can take stuff like the turntable or maybe also a sheet (I’ve got a green screen sheet, would that work?) with me.

I checked again and it doesn’t look like there’s anything in Meshroom that you can remove the background or mask certain areas with.

hmm yeah from a quick test with the pastry image set using Meshroom default settings I did not get a full reconstruction, only one side/orientation

Small update: Meshroom just didn’t work out, so instead I bought Reality Capture’s smallest credits pack ($10) and damn, the result looks amazing (and it’s so much faster too!)!
I used Photoshop Expert’s trial to fix the colors, then created a mask for each side/image in RC. The object sat on the black turntable, which in turn was on a table and RC didn’t have any problems stitching all sides together - it even recognized the location of images that were slightly different in brightness. No need to use black velvet or a green screen, you only have to pay attention to the brightness, otherwise you’ll see the change in the texture of the finished model, so I might buy one of those photo studio/light boxes in the future.