I think I have seen it done, but is there a to billboard a plane in sketchfab, making the plane always face the camera. If anyone has some insight into this that would be great!

Thanks in advance,
Logan

It’s not on our short-term roadmap, but it’s an interesting feature we might implement in the future.

The more people that request a feature, the higher priority it is likely to get

I thought I had seen this in a model. But I guess not. It would make almost all of my models I want to upload look a lot better. That’s the main reason I haven’t posted more. All of my work are from games that require a lot of billboarded planes.

Got to give this a bump. It’s to good not to try and push.

Was looking for info on billboards in sketchfab and found this. I completely support! Would be useful for so many applications, smoke, bubbles, grass, leaves, fire, anything “particle” based. It’d be amazing to have in game looking effects to go along with some models!

As @james stated, it’s not on our short-term roadmap, but we started to think about it a little.

It’s not sure how we’d expose it though, probably as an extra parameter in the material settings.

I support this too. It would make many effects possible

That’s what I was thinking. Most game engines have a check box on the material or the object its self.

We would find this useful for adding things like text and other 2D elements which always need to face the camera to ensure they are not viewed edge on. While actual 2D overlay elements would be more ideal (for things such as dimensions) this feature could help work around it.

I think it shouldn’t be missing from any 3D on the web. I was going to make a asteroid belt with a simple sun but not sure how to do it since the billboard feature is missing?

Thanks for the feedback! I’ve added your +1 to our tracker.

It would be awesome if we could mark objects as billboards, where they face the camera at all times, or as Single Axis Billboards (where you could make something face the camera on a single axis - think candle flames.

I understand this might ‘clutter’ the settings application, so maybe we could mark specific objects as ‘billboard’ - maybe a special naming convention? So only ‘power users’ would have to bother themselves with it.

Hi there. I’m building a game area and was thinking that to feel like you’re “in the game” while looking at this scene on Sketchfab it would be nice to be able to attach objects to the camera. For example : I make a plane with textures on it that give an idea of the game UI (life bar, ammunitions level, etc) and I attach this object facing the camera. This way, wherever the user looks at your model, he’ll always have the UI in position. It could be useful for other things I’m pretty sure, like a watermark always in the bottom left of the view, etc.
We can already attach lights and move them. Why not give us the opportunity of doing the same with one or more objects from the scene ?

Thanks for the feedback! We have two open feature requests like this:

Well 1) CameraFacingBillboard Planes is actually a great idea. It’s so useful for trees, grass and many particles. I’m more than interested in this one !
I was more talking about 2) : an “overlay”… kind of. 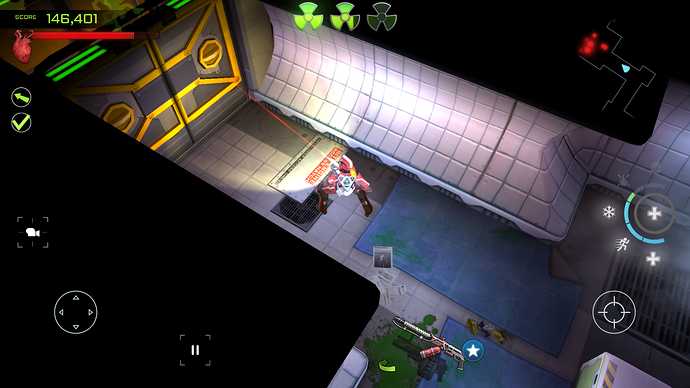 So imagine you added poly text to your 3d file, and you want it always
facing the observer’s perspective.
You can do that on Maya but solely for animation baking,
I’d like to know if it is possible to make such an object constraint in
sketchfab visualization, or if it could be added as a feature…
because it really should be.

Thanks for the feedback. Sounds like you want a “billboard plane”. I’ll add your ‘+1’ to this feature request