Can public Funart on sketchfab? 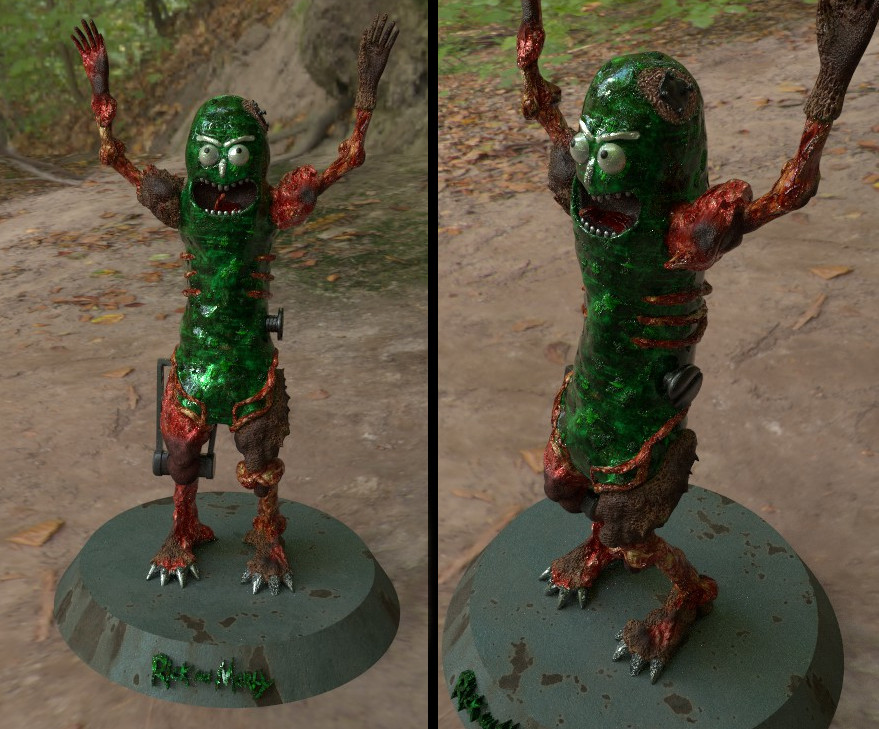 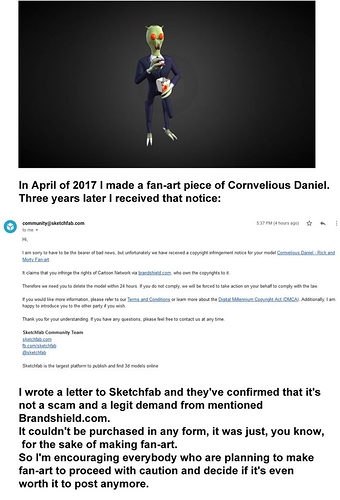 I have sent a request to share this work for free to Adult Swim, but I don’t expect an answer.

Can you help me?

if you created an original artwork, would you allow people to make money without your consent?
Or even share it?

Even though its literally called “Fanart”, where people simply want to express their love and respect to the original creator, its still considered piracy in 99% of the cases, according to the official law. The missing 1 percent is called Fair-Use, where you can use artwork from another person in a transformative way (Parody, use it in a tutorial, or reaction video…)

Most creators who see fanart on the internet close their eyes though because of a few reasons:

That beeing said, not all creators are tolerant towards fanart, especially if this fanart is causing damage to their brand( eg. Fans make money or claim it as their own, original artwork, in this case you can be sure its 100% illegal)

You can publish fanart on any Artwork hosting website, like deviantart, but they do claim that they do not take responsibility for any copyright infringing artwork, meaning you will take full responsibility

If you want to be on the safer side, make always sure to always name the original author, do some research to find out if they allow fanart, if possible ask for permission (Especially if you plan on selling), and always comply to their request if they want you to take it down,or make sure it falls under fair use, then you can avoid a lawsuit.

If you want to be absolutely safe, then don’t post any fanart. Also make some research considering fanart

Thank you soo much!

So I will be waiting for permission from Adult Swim, but there are 6 million fans on the site and I know that they do not read all emails

Different companies take different approaches to fan art - some are stricter than others about re-use of their intellectual property (IP).

In your case, the DMCA takedown specifically targeted downloadable and Sketchfab Store models featuring the reporters IP on Sketchfab - that’s why you can still find some Rick & Morty models up on Sketchfab now.

By the nature of our service, Sketchfab is legally required to act on valid DMCA takedown requests - if we did not the platform would likely require much stricter upload and publication rules which I don’t think anybody wants.

Please bare in mind that advice on this forum is not coming from a lawyer or other legal professional.

Do you think it would be a good idea for 3D models?