I’m currently working on a new sci-fi spaceship.
As usual, I’m trying to make something more or less realistic according to (my) actual science and enginering knwoledges.

This time, it’s not a civilian craft, but a military one. A 2 seats (Pilot & RIO) rocket fighter able to take-off and landing from planetary surface.

The main armament is composed of 2 missiles bays and it has 2 CWIS gunpods for defensive purposes (last line of defense against enemy torpedoes/drones/missiles).

Here some early renders (I need to add textures on the cockpit, Landing gears, guns etc.)
But it will give you an idea of the final aspect of the things.

looking pretty cool, i liked your " Navette spatiale / Space shuttle" one too 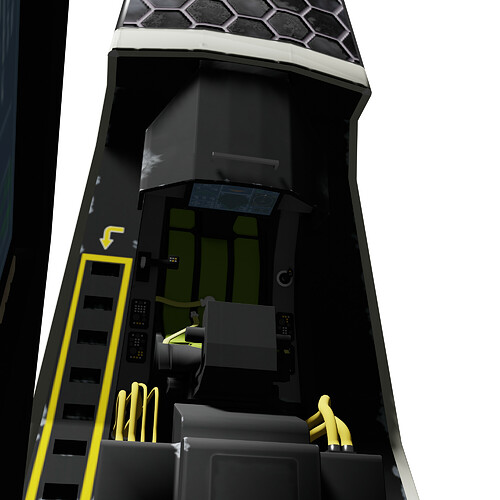 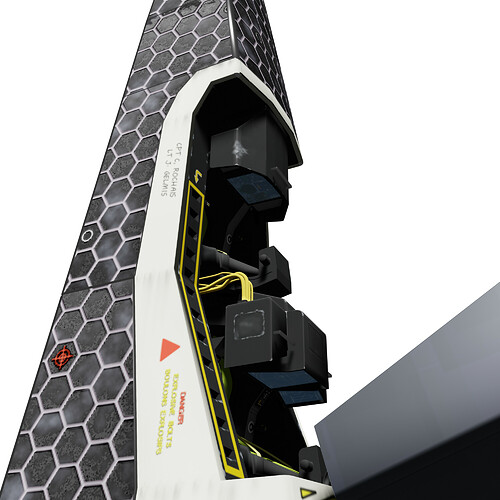 Hi !
The spaceship is almost finished, so I have ad a rocket erector.
All will be animated.

Here some renders in CYCLES . 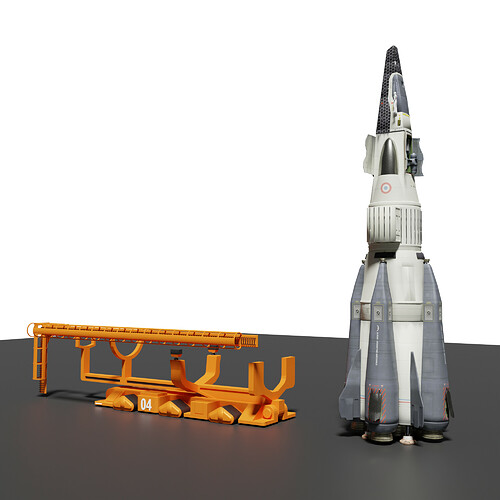 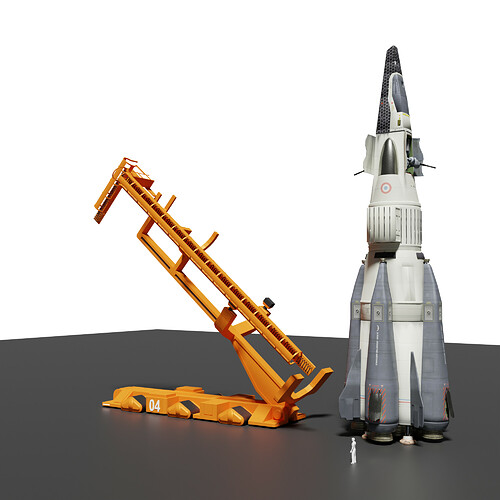 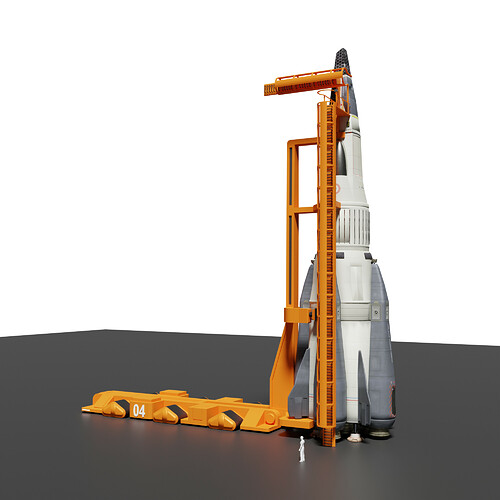 looking good, hey, an idea to animate this, follow its launch from surface to orbit, would be fairly straight forward to set up as an animation for sketchfab, just a thought

Hi ! thanks for the idea.

Some pictures of the rocket on the ramp. 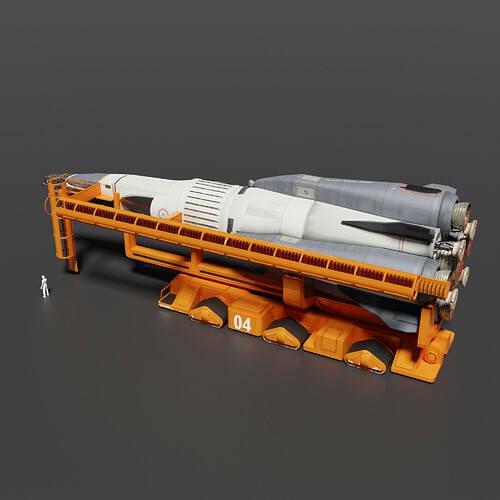 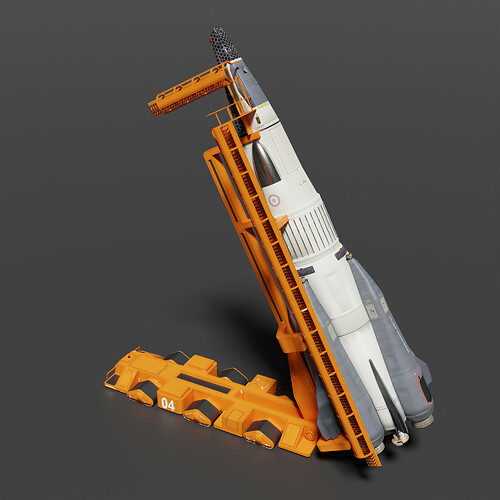 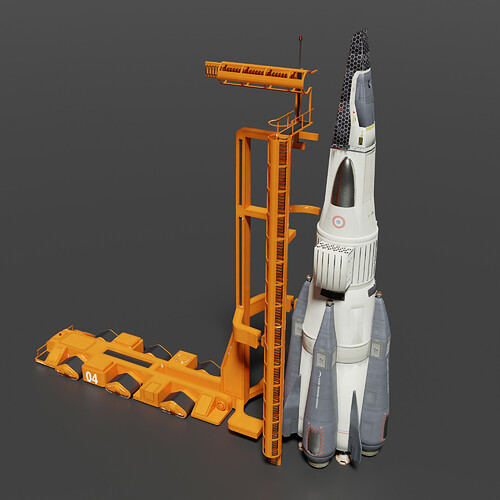