At my work, we use a software called Lumiscaphe Patchwork 3D and it has an interesting feature in its material editor for real-time 3D. It’s a “relief” parameter that seems to be based on a parallax principle. The effect looks like displacement mapping, except at the borders of the object.

When zooming in on the surface of an object with this effect, one can slightly perceive it as a superposition of layers; for example, for a pyramidal volume, it would be a stack of increasingly smaller squares. But unlike Displacement Mapping it is not necessary to have a high density of vertices, and the effect does not really distort the object > So the silhouette breaks the magic as with the use of a normal map.

Fur is often represented in real time as a stack of 3D surfaces with different opacity textures. The principle is the same but the difference is that here there is only one surface and it is the parallax effect that simulates these different layers. At a “normal” distance from the object, the rendering is impressive. If I don’t think this is a good way to render fur, it could be very powerful for a lot of different things. 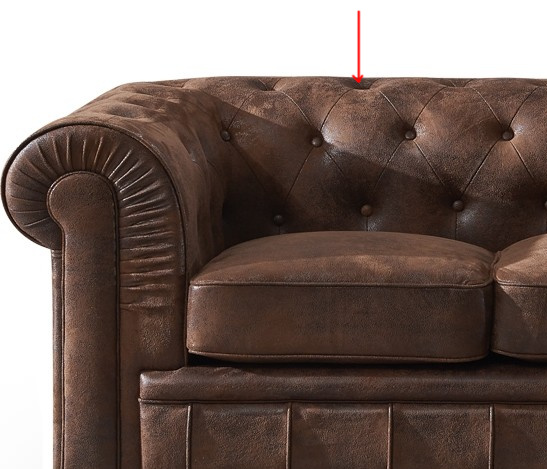 As an exemple : on a chesterfield armchair, if we use this to represent the bumped effect we could see the buttons disappear inside each leather holes when passing from the front to the profil view. It’s impossible to do this with a Normal Map !

To configure this effect, you just have to fill in a black and white texture (with grey as a null value), exactly as for Displacement, and fill in a depth value.

Is this material system known outside of Patchwork 3D? Would it be possible to see an equivalent system coming on Sketchfab one day?

So far I’ve only witnessed Parallax mapping in various Video Games, it seems rather uncommon to encounter due to apparently being relatively demanding compared to more traditional texture maps and even if any real-time 3D environment features it then usually for Terrain Materials rather than Props or Characters.

Once it’s applied properly it can look quite impressive, convincing and spectacular, despite some other drawbacks like a fairly limited view angle which can slightly break the immersion, leading to distortions and other minor visual glitches.

However, in my humble opinion the deeper 3D effect that can be achieved with Parallax mapping, as you mentioned without them actually requiring an excessive amount of vertices to distort like displacement maps do, outweighs it’s drawbacks.

So I’d like to see Sketchfab supporting Parallax mapping too.

Parallax/Relief mapping has a huge impact on performance as it basically raytrace the “heightmap”, which means a lot of texture fetch for each pixel, you even have to handle shadowing differently in that code.
Which makes real it impractical for sketchfab targeting mobile and mobile VR in webgl

Some viewing angles gives even banding, so in games it’s more used on floor/walls to avoid those (where you cannot put eye near parallel to a surface), if you zoom on surface, heightmap precision becomes visible (stairs effect), etc.

Nowadays gpu can handle a lot of vertices quite easily, using vertex for chesterfield armchair is way (10x) faster for better results.
The Armchair Of My Dreams - Download Free 3D model by Ilya (@Mavericks.magic) [b17939c] - Sketchfab

Thank you for the answer !

I didn’t knew that this system even exist a few months ago and I didn’t dig enough about the limitations.
I just saw this and felt something like a magic trick !
So thank you for this details and have a nice day / night (depending ^^).